by Guilherme Cepeda
in Notícias
2 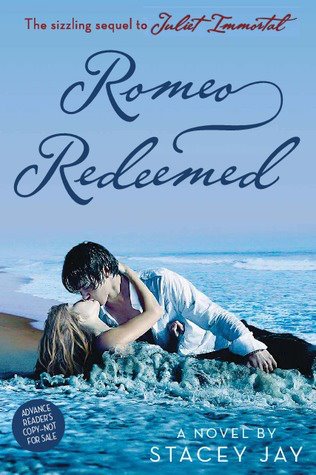 All will be revealed for fans who have breathlessly awaited the sizzling sequel to Juliet Immortal. This time Romeo takes center stage and gets one chance, and one chance only, to redeem himself.

Cursed to live out eternity in his rotted corpse, Romeo, known for his ruthless, cutthroat ways, is given the chance to redeem himself by traveling back in time to save the life of Ariel Dragland. Unbeknownst to her, Ariel is important to both the evil Mercenaries and the love-promoting Ambassadors and holds the fate of the world in her hands. Romeo must win her heart and make her believe in love, turning her away from her darker potential before his work is discovered by the Mercenaries. While his seduction begins as yet another lie, it soon becomes his only truth. Romeo vows to protect Ariel from harm, and do whatever it takes to win her heart and soul. But when Ariel is led to believe his love is a deception, she becomes vulnerable to Mercenary manipulation, and her own inner darkness may ultimately rip them apart.